Back to School News
Share this article
School News

All children and staff dressed as pirates and performed their own sea shanties as the final outcome to our term's learning, which had a music focus.

On arrival at school, the children were greeted by pirate music, a ship scene and a bubble machine.

The day also included pirate treasure hunts, all children were rewarded with a chocolate doubloon from the pirate booty! During the children's lunch our fantastic music teachers Becky and Steven Peneycad performed some well known sea themed music on their trumpet and viola.

We also took the opportunity to give a fond farewell to our Captain of the Crew, Mr Price in the most Piratey way possible. He walked the plank!

We’ve had a wonderful year under the leadership of Mr Price, and it was great to mark his departure with such a fun event! 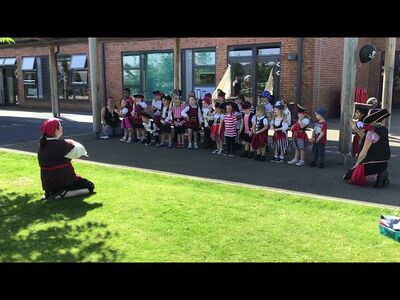 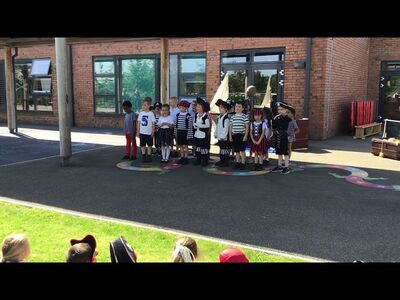 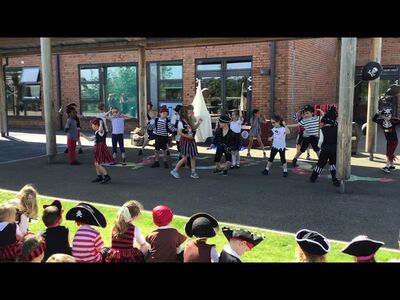 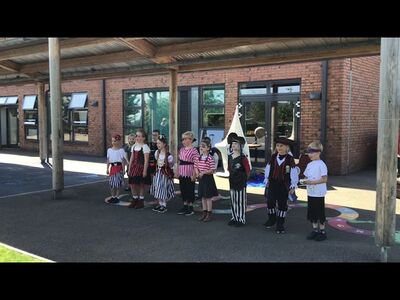 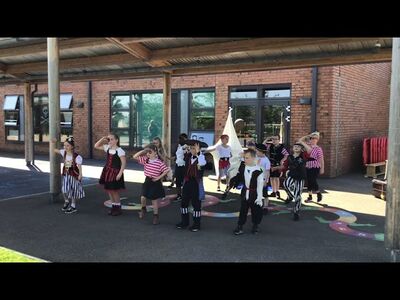 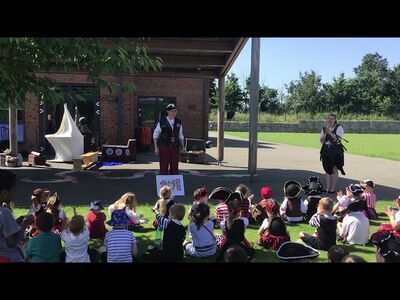 Next in School News

At the heart of The White Horse Federation is a belief in using collaboration to provide a first-class education to a wide range of children. This means that every child understands what they are capable of, and can collectively strive for excellence.